I kept a journal but I barely write on it, too.  I had this brilliant words that I kept holding on in my mind that I hope I would have time to write.  By the time I step my shoes in our home, I began craving for the bed.  And then when I woke up, there it is… a fresh batch of ideas filling your pillows.

Being an overthinker led me to think of dark thoughts, too.  Ever since my dad died, they kept haunting me like shadows.  It didn’t stop until I faced the truth: I want to die, too.  I kept entertaining the thoughts of dying.  I never thought of killing myself until I got so stressed out from school.  The truck was passing by just outside of the school and I wanted to jump.  I felt the rush of blood in my head and the voices in my head but I just can’t.  I thought of my future child and how much I would love him.  I would love him just like how my parents loved me.  And I can’t love him if I die.  How far and wide must I think to save myself.

Being an overthinker leads you to many places.  You get curious of the world.  You kept making up weird and unsolvable questions.  You kept asking your purpose.  You kept planning the smallest details of your very short life.  Everyone will think you’re weird.  You will question yourself a hundred of times and you will never get tired of it.  But when it comes to a question about death, you’ll have to think.  So think hard and carefully.  Think of good things.  Think bright and clear.  Think of hope and love.  It all starts with the first thought then, actions flow.  You can only save yourself so start thinking.

I had been in a lot of transformations in a small amount of time.  I had lost a great thing before I completely realize everything in life: what I supposed to be and what I wanted to be.  My father used to say to me that I should keep studying until I worked all my passion into it but now, I lost every bit of passion I had.  Many said love was eternal or whatever it is that would make it stronger than anything.  Love is malleable.  It is unbreakable, yes, but it’s not impervious.

I somewhat quit being a Born Again.  I hope it would be temporary but I know it would need a great deal of time to stand up on my feet.  Ever since I started walking with Him, I always felt alive and safe and free but I’ve always felt alone.  It all came spiraling down when I saw everyone geared up for a Leadership Camp.  I was upset since I never had even one person to disciple when I was working my butt off.  They said that I should wait and never stop what I’m doing.  I waited and never stopped.  I did that for two years.  I just watched until my fire burned to ashes.  I lost my will to serve and that got me to go back to my old ways.  I thought it was going to be worse but going back is the best thing that happen.  It made me feel freer than the wind.

And my father died two months ago.  And I don’t need to explain everything.  You’ll probably get it by now.

I guess what I am trying to say is that when you read the title of this, the first ting that comes into your mind is the greatness of the word and how much those words could change the world.  It never crossed your mind that both words are magnanimously unwanted words for some people; the people who kept serving with no purpose at all; the people who kept sacrificing with no one to heal their wounds.

Service and sacrifice are symbolism of the greatest love ever known but no one ever said how much hate it brings to people who’d done it.  In that moment when you lose everything and you didn’t think about love.  You only thought of how much pain you’re in.  This is the truth of service and sacrifice.  No matter how much it makes you majestic, it would always leave your mind crippled, your heart crushed and your soul corrupted.

A few hours from now, it will be New Year’s day. It’s special because, like any other day, you could change something.  I still don’t understand the magic that lies underneath this day. Many people plan their resolutions and summations that it becomes one big, special matter.  Everyone seems to be busy and failing to find time to appreciate their year. Yet, it still amaze me that the way the gratify their exponential growth is to eat and sing merry songs.  Somehow in these moments, people learned to appreciate time and its delicate beauty. But that’s just for a lesson-for-the-day that lasts only for a day.

Time has been an enemy this year. If I could distill one word to this year, it would be regret. Same as many people, I forgot to live time. I let it just pass by, hoping to land on second chances.  I overthink things and lost control of everything. I believed it was for one time but there is no time.  I just observed my life go through the current. I let things and things let themselves. I learned it is hard to just watch the days become routine of painful and lonely ending.

2013 has been great to me but I wasn’t great for myself.  I cannot blame this year and mark it as the worst year ever. I have to blame myself for that. As much as I want to stop the folding of the year, it happens right between my eyes. Everyday, I wish time would stop. But it’s another truth I have to face. So for next year, I adapted a new motto, 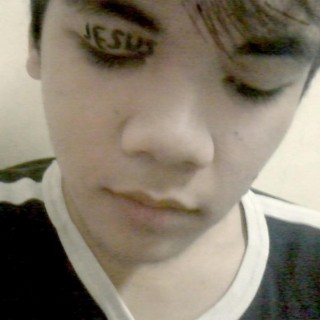 I was once pure evil. Now I'm just this sunshine ball of energy. I'm just a person who has crazy antics and a big crush on Jesus. Crazy, huh?

Error: Twitter did not respond. Please wait a few minutes and refresh this page.